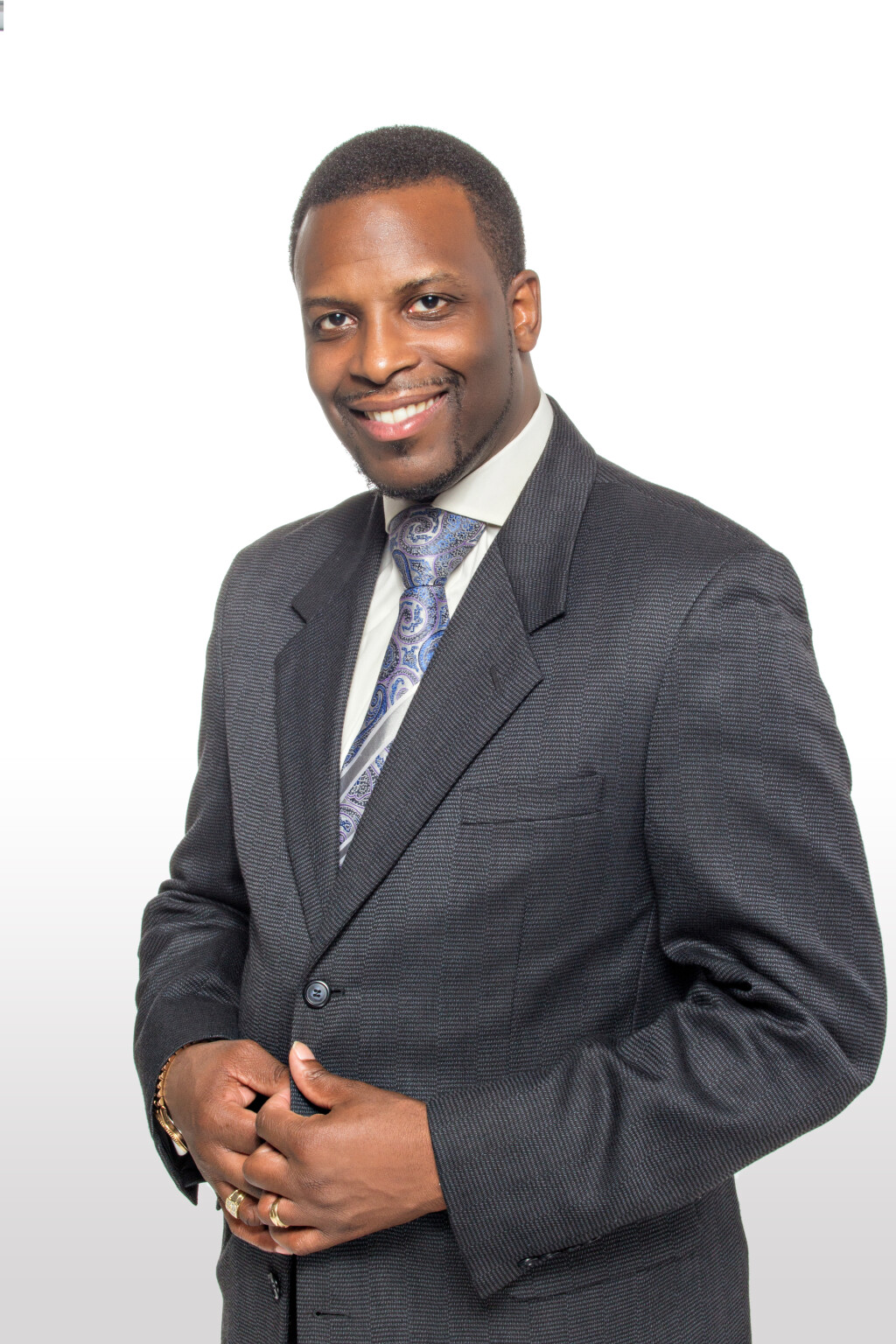 Pastor Lee is a faithful and dedicated man of God. Before he was born, his destiny was designed by God. He is an end time David, strong in faith, seeking only after the heart of God.

Destiny began for Pastor Lee at the age of 14 when God used his Pastor and mentor, the late Apostle Lawrence Bogier, Jr., to anoint his hands to play the organ. Pastor Lee totally sold out his life to God and accepted Him as his savior in 1993. He later realized that God had need of him in ministry and answered the call to preach in the year 2000. He was ordained an Elder in 2004. He sought to know more of God through His rich word by obtaining his Associates Degree in Theology.

He spent many days and nights alone with God and sought Him often in prayer. He often recalls how God told him one night while in prayer, “If ye be faithful unto me, I will be faithful unto you.” Pastor Lee’s faithfulness to God first and then ministry has proven great results in his life.

He served faithfully in many capacities under the leadership of the late Apostle Lawrence Bogier, Jr., to name a few; Minister of music, street team member, audio/video, weekly television broadcast editor, youth pastor, Vice President of Elders Board, and armor bearer and supporter to his leaders. Little did he know the depths of the work and the greatness of the ministry God had in store for him.
​
After the passing of his mentor, God led Pastor Lee in a direction of purpose and vision. On October 1, 2014, Pastor Lee received direction from God to establish “The Light Church Ministries, Inc.” and to launch “The Light Church” of Clayton, NC in January 2015. His vision is to empower many to "Be The Light", as instructed in Matthew 5:14, “Ye are the light of the world. A city that is set on an hill cannot be hid.” His mission is to transform lives to be conformed to the image of Jesus Christ by the powerful teaching and preaching of the Word of God.

Pastor Lee often says how God made ONE wife just for him, which would be none other than Lady Laneace Lee. God blessed this union and continues to prove what the word of the Lord says in Matthew 19: 6b “What therefore God hath joined together, let not man put asunder.” This unification produced four blessings. He is the proud father of three daughters and a son—Nyla Charisma, Jada Morgan, Ava Rose, and Joel Louis.

Most importantly, he is saved, sanctified, and filled with the Holy Ghost. He is a powerful prayer warrior who believes that it is through prayer that one knows God even greater. He will preach, don’t mind preaching and has a message for this Mess Age. His favorite Scripture is Isaiah 1:19, “If ye be willing and obedient, ye shall eat the good of the land.” He is a preacher, teacher, and a reacher. His goal is to win souls into the kingdom!

Is there a word from the Lord? YES!

If you would like to request Pastor Jewel Lee to speak or set an appointment with him, please click on one of the options below.

return to Our Staff